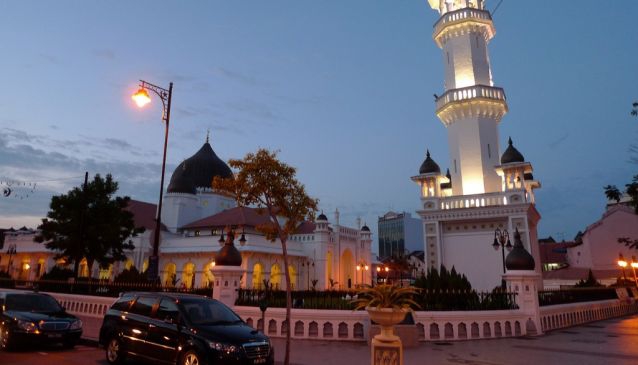 The Kapitan Keling Mosque which is situated on a busy street named after it, is the largest historic mosque in George Town. Bathed in cream and topped with large Mughal-style domes, crescents and stars, the Kapitan Keling Mosque features a madrasah for religious classes and a towering minaret from which the sound of the azan or call to prayer can be heard. Graceful arches sweep along its outer passageway allowing a cool breeze to waft through, while within the sanctuary, soaring Gothic arches open onto Moorish and Roman arces of celestial white, giving even more depth to the already spacious prayer hall.