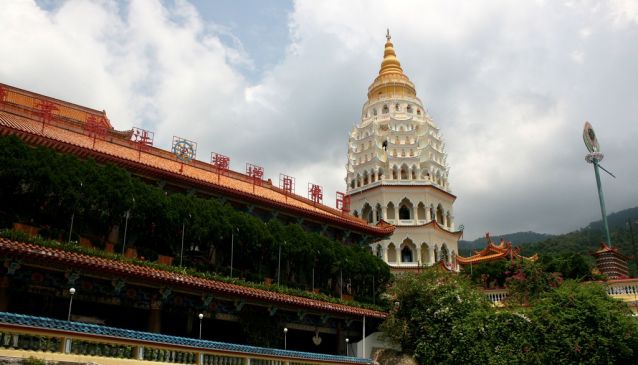 Also known as the Temple of Supreme Bliss, Kek Lok Si is said to be the largest Buddhist temple in Southeast Asia, and arguably one of the most famous in Penang.

Located in Air Itam, the hills in that area (called 'He San' or Crane Hill) have traditionally been regarded as geomantically significant, having all the right 'feng shui' for a temple. In fact, they are extremely popular as a retreat for monks and Taoists striving for immortality.

The best time to visit Kek Lok Si is during the Chinese New Year celebrations, when the temple is adorned with thousands of bright hanging lanterns. At other times, there is still much to see, with prayer halls, pagodas, bell towers and a tortoise pond topping the list.