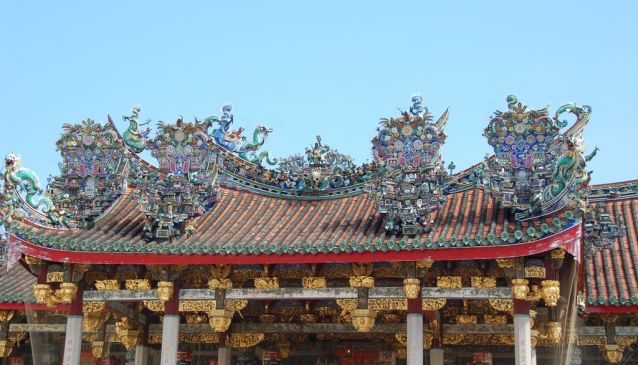 Leong San Tong Khoo Kongsi, or Khoo Kongsi for short, is one of the most distinctive Chinese clan association in Malaysia. It is well known worldwide for its extensive lineage that can be traced back 650 years ago, as well as its closely-knit and defensive congregation of buildings and a magnificent clanhouse. Surprisingly, famous as it is, its location appears to be unknown to many Penangites. It is situated at the southwest of Georgetown, and its pivotal building, Leong San Tong, is hidden amidst the crowded gridiron of terrace houses and shophouses. To make it to Leong San Tong, which is perhaps the most majestic clanhouse in South East Asia, you will need to tread through an alley between two rows of 19th century terrace houses and bypass the opera stage, before you see it stand majestically on the granite square.