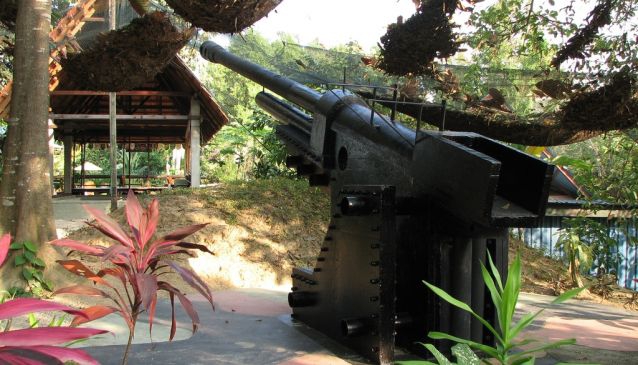 The fortress was constructed over 20 acres of land, complete with underground military tunnels and ventilation shafts, ammunition bunkers, logistic centre, canon firing bays, sleeping quarters, cook houses and medical infirmary. After several years of restoration and clearing the fortress area that was covered by shrubs and growths after so many years of abandonment, the fortress was turned into the War Museum by a local Penangite, Johari Shafie three decades later.

Today, a slow walk through the fortress will fire the imagination on what once was. From the canon firing bay  the Straits of Melaka is clearly visible. Although the original canons are no longer on site, it is not difficult to imagine how British, Malay and Sikh soldiers once took turn manning the canon bays day and night, guarding against enemy attack from sea. A simple, but no less remarkable section of underground tunnels - one even leads all the way to the sea, acting as an access tunnel to get to submarines - forces one to walk, or even crawl through very narrow, confined places.